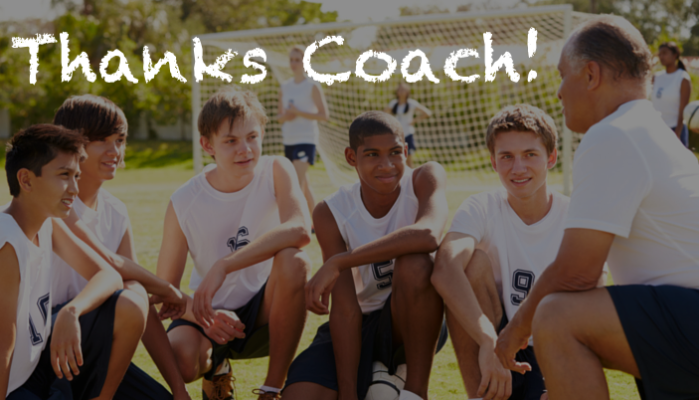 Last Wednesday, my son played in his last high school soccer game. It was, and continues to be, an extraordinarily emotional experience for me.

I had been a mediocre soccer player in college, but I always loved the sport. So, I started teaching my kids to play when they could barely walk. I began coaching both of my kids when they started playing organized soccer, and I coached my son’s team until they went to high school. I wasn’t really that great of a coach. But I always tried to follow the advice of one of my dad’s friends, who was another coach. He said he his biggest job was to help the kids get better and to help them love the game; if he did those two things, they would keep playing, keep improving and keep having fun. That sounded good to me, so that is what I tried to do. We didn’t win much. However, seven of the starters playing Wednesday night, were players who had started with me, now so many years ago.

When they entered high school, they received better coaching. The local high school coach is somewhat revered in our local community. Through getting to know him better this year, I have become part of his “cult”. (His name to remain anonymous, only to protect his privacy).

I remember watching one game–the referee made what might be considered a bad call against our team. Our players seemed upset about it, but I could hear Coach yelling from the sidelines “let the ref do his job, just focus on playing the game.” This was in strict contrast to that of many of our competitors.

I learned that this coach had won an award a few years ago from the Positive Coaching Alliance. That seemed nice, but not very important. But I started to see the impact he was having on my son. My son loved being part of that team and loved that coach on and off the field.

Another time during a game, Coach was yelling, “Only positive talk out there, guys!” And, in an email exchange, he told me he was trying to help them understand a new paradigm of masculinity. One mom told me she had never known that a coach could have so much influence on people.

But what impressed me most of all was something I learned only from another parent. (I suppose influencing the kids to communicate, did not extend to their parents!). She told me the Coach had required the kids to memorize a poem. The team recited it together while running laps. Anybody who did not memorize the poem was off the team. And, he referred back to the poem continuously. “Look it up,” she said, and I did.

The poem is about being a good person: http://www.theguyintheglass.com/gig.htm

This team placed fourth in our league, losing to the eventual winner in the semi-finals and regional playoffs. We, the parents, who had spent so many weekends watching these boys grow up and play together, watched them (last Wednesday) battle to the end with incredible passion. In a way, seeing them battle and eventually lose, made me more proud than merely winning.

My son’s team, though falling short in the playoff’s, was a good team. But most importantly, it was a really good TEAM, and a team of good individuals—people who will do GOOD in this world.

As my dad’s friend, who was also a coach, said, “Help people on your team to have fun. Help them to get better. Build a team of people trying to do that, and you will never lose in any way that matters.”

Thank you, Coach; thank you kids. You have become great people, and you have taught me things.