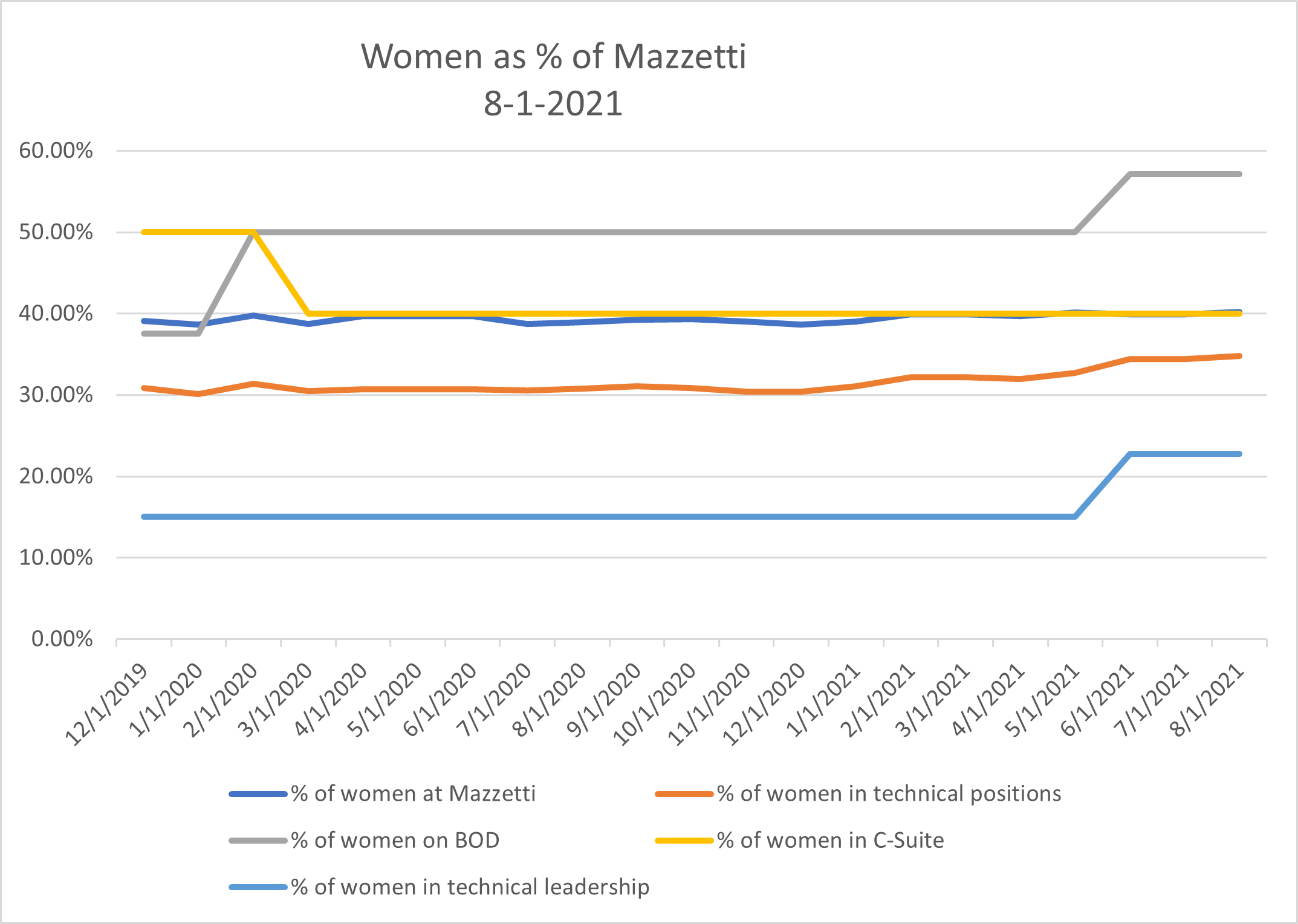 With new hires starting this summer, we have a slight uptick in the Women@Mazzetti numbers. We have finally surpassed 40% of our colleagues are women and aim to keep this number rising! At the end of July, the Women@Mazzetti committee and Diversity, Equity, Inclusion and Justice (DEIJ) committee hosted a company-wide discussion exploring how to more equitably allocate staff to project teams and, specifically, project interviews. The conversations were fruitful; we received feedback that can turn into immediate changes and future goals. Overall, there was an emphasis on involving the entire project team in the interview process, with an emphasis on training and exposure for younger staff. With the successful teamwork between the W@M and DEIJ committees, we look forward to having more joint meetings and hosting diversity events together.

For August’s Women@Mazzetti spotlight, we are highlighting two (AMAZING) summer interns — Jasmine Thomas and Sierra Loiselle. We would also like to thank Walt Vernon, our CEO, for writing these spotlights! 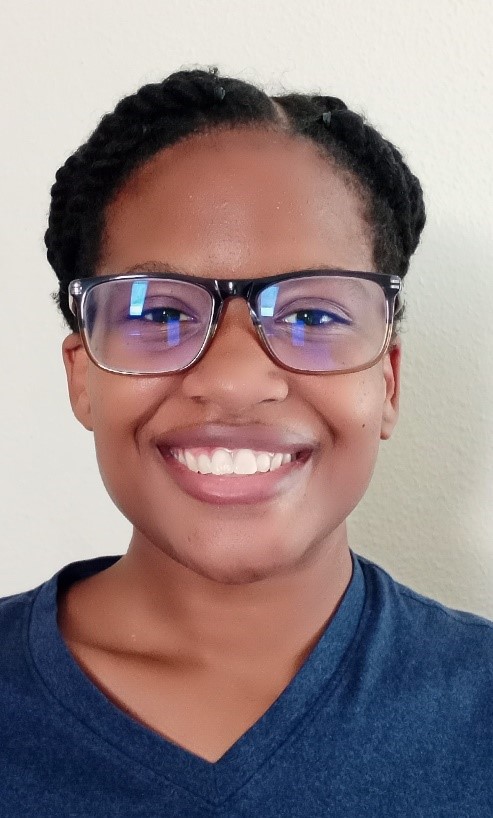 Jasmine is an Electrical Engineering/Computer Science student (and Sudoku expert) at Portland State University, who we were lucky enough to recruit to join us as an electrical engineering intern this summer in the Portland office.

Jasmine discovered electrical engineering from her mom, a PhD in Electrical Engineering. Her mom is also one of her greatest mentors, showing her that you can achieve your goals through perseverance and determination.  As a child, she loved math and computer science and became involved in STEM programs through organizations such as NSBE Jr., TAG, and iUrban Teen that would give her glimpses of the engineering world. Jasmine believes that with electrical engineering, she could be a part of the bigger picture of projects and buildings that make life better for people.

Jasmine believes her undergraduate program has taught her patterns that have been helpful in her internship. This is especially true for the way engineers use schedules to help coordinate and communicate information from other kinds of diagrams. She sees some big differences between being a student and working as an engineer. While she is in school, she finds herself working alone and for herself. As an engineer at a firm, she enjoys working as a part of a team, often several teams at once, because this helps her gain new perspectives and insights. One thing about the transition from student to the working world that surprised Jasmine is the way that people at Mazzetti are allowed to be themselves. She expected a much stricter corporate dress code and ways of behaving. Instead, she has found the company culture empowers every Mazzetti-ite to be their best selves. She finds this style inspiring and can see that it brings out everyone’s passion and best ideas.

In asking her about her career path, Jasmine says she is most excited about Lighting Design. Her favorite projects at Mazzetti so far are two lighting projects. In one project, she performed the lighting calculations for a hospital patient room and found it interesting to see how the math and calculations behind lighting can impact the entire mood of a room – it was like art through math!

As a woman in STEM, Jasmine has seen a range of discouraging speech towards those who identify as women to the empowerment of women in the field. There is either support or competition. Both, she says, have been good for her and allowed her to thrive in engineering. She looks forward to seeing more people like her join engineering, diversifying the industry, and help shift the world’s lens of engineering. Some ideas Jasmine shared to help get us closer to gender equality in engineering: keep encouraging and equitably supporting all genders, grow in our openness towards change, become aware of gender inequality, and offer more accessible STEM education to those who are disadvantaged. And as a black woman, Jasmine also wants people to notice the things that people with any disadvantage do and to cheer them on and celebrate them. It often takes courage for a disenfranchised person to overcome obstacles, and it helps when people recognize and celebrate that. Jasmine goes out of her way to uplift the people around her, and it can mean a lot to minorities in engineering to have supporters! We think this is a great lesson for all of us. Thank you, Jasmine, for spending your summer with us and for teaching us! 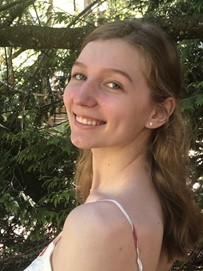 Sierra is an Electrical Engineering and Computer Engineering student at Oregon State University (OSU), who is another special summer intern in the Portland office. [She is the black sheep (Beaver) in a family of Oregon Ducks!] When we first began the quest to make Mazzetti the most woman-friendly engineering company in the world, we learned how few women entered, graduated, and stayed in the engineering field. The engineering field with the fewest women of all was Computer Engineering, followed closely by Electrical Engineering. So, to have a woman engineer who is in both fields working with us is wonderful.

When asking Sierra what drew her to engineering, she says, in high school her mom convinced her to take a computer science elective — she loved it. Sierra started college as a Computer Science student, and after taking some Electrical Engineering courses, she discovered a love for the physical side of things. From there, she added the Electrical Engineering component to her major.

At OSU, Sierra has been fortunate to have female STEM professors, also serving as great mentors. Sierra recognizes the rarity of female STEM professors and appreciates their value. Her coursework thus far at OSU, though useful in many ways, has not fully exposed her to the array of digital design tools that we use daily. (No knock on OSU’s curriculum, but perhaps something with which we could assist!) In school, Sierra often focused on the performance of individual circuits and not so much the big picture of an entire building. She says she has learned so much through her Mazzetti internship. Her favorite project has been working on the lighting design for a catheterization lab at Oregon Health & Science University (OHSU).

Though this internship was been remote, Sierra has learned a couple things about herself and found a mentor through Keisha Thomas, one of our senior electrical engineers. Working remotely gave her the time and space to try to solve problems on her own, which she appreciates. She has also learned to be efficient in her interactions with her colleagues, gathering her questions and making certain she gets them all answered when she is able to spend time with her mentors. She has been appreciative of the highly supportive Mazzetti Team in Portland.

As a woman in STEM, Sierra unfortunately has had many unpleasant experiences in this male-dominated field. As an undergraduate learning assistant, she had male students who did not want to ask her for help. She has also experienced some bias against her in classroom settings. However, she has not let this deter her from engineering. She finds pleasant experiences in bonding with her female peers and believes continuing to have open and honest conversations will help bridge the gender inequality in engineering.

At this point, Sierra does not know exactly where she wants her career to take her. Her dream job would be working as a Disney Imagineer, working on animatronics and rides. She is also passionate about films, superhero movies, and martial arts. She spent ten years learning and teaching mixed martial arts to help support other strong women. We are fortunate to have Sierra with us, and we hope she comes back to Mazzetti – if not, we look forward to experiencing the rides she will create for us at Disneyland!