The National Memorial for Peace and Justice

“Our nation’s history of racial injustice casts a shadow across the American landscape. This shadow cannot be lifted until we shine the light of truth on the destructive violence that shaped our nation, traumatized people of color, and compromised our commitment to the rule of law and to equal justice.”
– EJI Director Bryan Stevenson

America’s heritage of racial discrimination and inequality began with enslavement, succeeded by an era of racial subordination, dramatically evidenced by lynching. A new kind of monument in America, this project documents the lynchings of thousands of men, women, and children during a 70-year period following the Civil War. Lead by criminal defense attorney Bryan Stevenson, founder and director of the Equal Justice Initiative (EJI), the monument aims to heal racial division through the education of all, regardless of color or creed.

In order to foster awareness and understanding about racial terror, Bryan Stevenson and his colleagues at EJI, in collaboration with MASS Design group, set out to design a memorial that publicly acknowledges and confronts our history’s truth as a “first step towards recovery and reconciliation.” Work on the memorial started in 2010 when EJI staff began researching thousands of racial terror lynchings throughout the South, many of which were never documented. EJI believed a single memorial was the most effective way to give a sense of the scale of the carnage, facilitating a meaningful gathering place for people to reflect on America’s history of racial terrorism and its effects.

EJI envisioned a national memorial for peace and justice. Thanks to hundreds of private donations, the vision is a reality. Set on a six-acre site overlooking Montgomery, AL, the monument uses sculpture, art, and design to conjure the scale of brutality victims faced. It contains 805 steel markers, one for each county where lynchings took place – and on each marker, names of over 4,000 lynching victims. The markers are suspended, facilitating an eye-level experience for visitors in the memorial square. Touring the memorial, a visitor experiences the gradual floor descent, causing the lynching markers to suspend higher in the end, evoking the true terror of this racial injustice.

In keeping with Mazzetti’s commitment to public interest design as a benefit corporation, and in continuation with our long-standing partnership with MASS design group – the first non-profit architecture firm whose work targets philanthropic causes – we provided MEP services at cost and without profit for this groundbreaking project. Our work centered around individually lighting each of the 805 steel markers, highlighting the beauty and scale of the hanging sculptures.

The first monument dedicated to honor and memorialize victims of terror lynchings, the memorial promotes a “hopeful commitment to racial equality and just treatment of all people.” This project is one step towards this commitment, finally speaking of “the unspeakable acts that have scarred this great nation.” 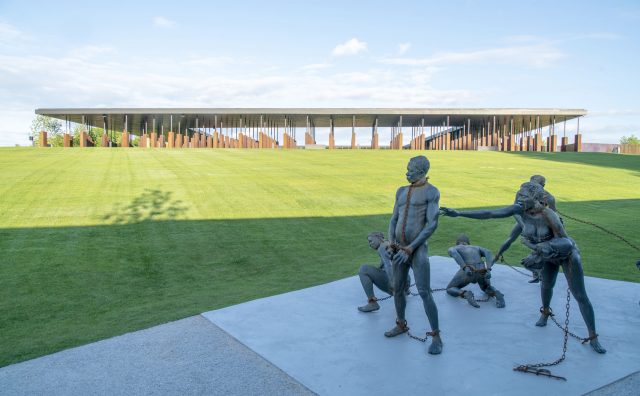 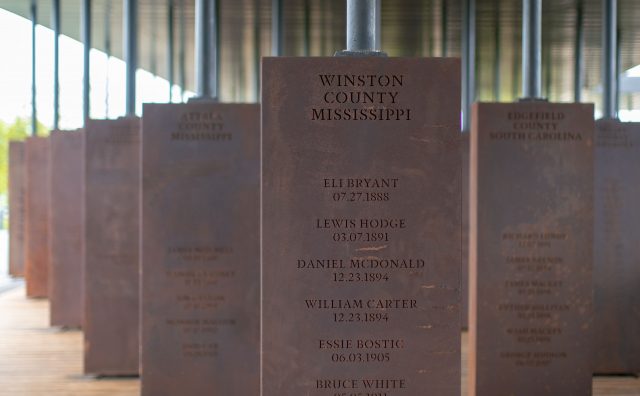 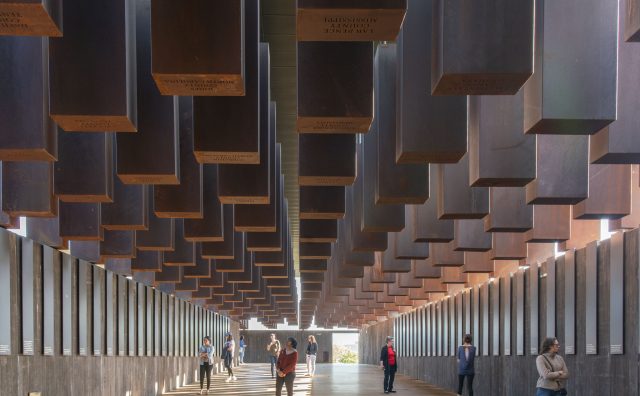 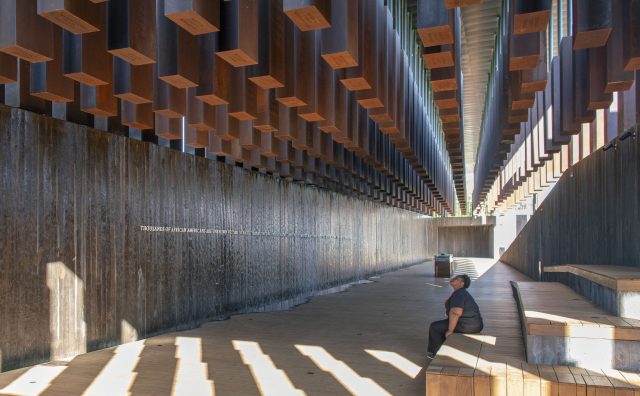